Tom Dillian is a fourth generation Amador County farmer. His great grandfather, Alessio Dal Porto, first purchased this land in 1917. Tom, his twin brother Bill, and older brother, Jerry, replanted the original vineyard in Zinfandel grapes in 1972. At a young age Tom learned the business of grape growing and winemaking while working from his father, Mike D’Agostini, at the historic D’Agostini winery. Here, Tom developed a passion for the business that has stayed with him through the years. Using the knowledge he gained in his youth, Tom managed several vineyards for local grape growers while continuing to farm his own ranch.
In 1991, he began making wine from the fruit of the Dillian ranch. The home winemaking ventures became more and more successful in the following years. This planted the idea in Tom’s head of one day owning his own winery and continuing the legacy handed down to him from his father. In December of 2003 that dream became a reality as Dillian Wines opened its doors.
Tom's son, Thomas, became very excited by the project his father was undertaking and decided to jump in with both feet!  He quickly soaked up as much winemaking knowledge as he could from his friends, family, and peers in the wine industry and developed his own winemaking style. That wine making style would end up resonating with the palates of many Amador county wine tasters and wine experts alike as Dillian Wines has now been awarded many Gold medals; 2016, 2017, and 2018s Best of Amador's "Best Winery", and has grown their wine club to over one thousand members.
We invite you to stop by, meet the family and enjoy the wine and hospitality that makes a trip to Shenandoah Valley a pleasant and memorable experience! 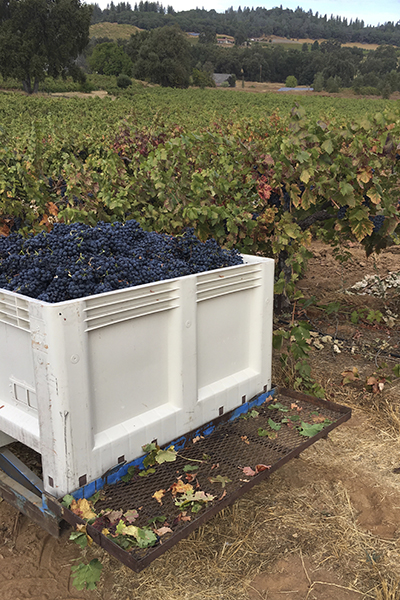 Tom Dillian has been growing grapes on the Dillian Ranch since 1972. Most of our vineyards are dry land farmed, using little to no irrrigation, and head-trained to limit yield and maximize the flavor and quality of the fruit.

Learn more about Our Winemaking Process

The Dillian Family has a long history in the winemaking industry. Tom Dillian and his son, Thomas, continue on the family tradition making wines that are truly a labor of love!

Learn more about the Dillian Family.